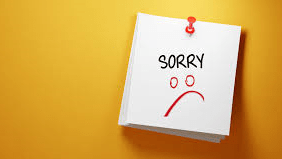 Over the course of the last few weeks, other than corralling myself into meeting my own publishing deadline, I have been a little absent from this platform. The creative (pardon me) juices have been flowing as ever they do, but time has not been on my side. I have not interacted as I should; I have not read the blogs that I would have liked to. Please accept my apologies – normal service is just around the corner.

In case you’re interested (although God knows why you should be) here is what daunted me:

• Part one – what started out as a relatively minor kitchen ‘update’ grew in proportion (and budget) into a full-scale Hollywood ‘re-imagining’ involving heating, plumbing, wiring and flooring. I now have a kitchen in which I know not where to find anything. I dare not ask. That would merely illustrate my lack of engagement during the ‘process’. If I want something – eg the fridge – I have to hang about in the kitchen until my wife wants it too and then memorise the location of its tiny incandescent door-opened glow until the next time…

• Part two of my demi-disconnection was a holiday, designed to follow on from the travails of part one and to allow recovery from them – which actually turned out to be an opportunity to discuss (at length) why part one was, in fact, still on-going.

Anyway, there you have it; my excuse, such as it is: several weeks of toiling all available non-gainful-employment hours, followed by two weeks of finding myself disconnected from most things internet.

I publish three of these things a week, but I do not always write three a week.  Sometimes I write many more, sometimes I write none at all.  The excess bounty of a good week will be stored and dipped into during the fallow periods and, thus, chronology does, on occasion, go out of the window.  What I have published over the last few weeks has been roughly 50/50 newly written/stockpiled from times of plenty, but I sincerely hope that you will not be able to easily tell one from t’other. I have not lacked effort in that respect, but for the rest of it: reading and participating, I have been sadly remiss. I will catch back up over the next few days – hopefully before the next home-improvement schedule kicks me in the nethers – and, in the meantime, I hope you will excuse me a little unscheduled poem:

If ‘sorry’ is the hardest word,
Be sure you don’t demean it:
Mere platitudes will sound absurd,
So, if you say it, mean it.

Thank you for your patience…