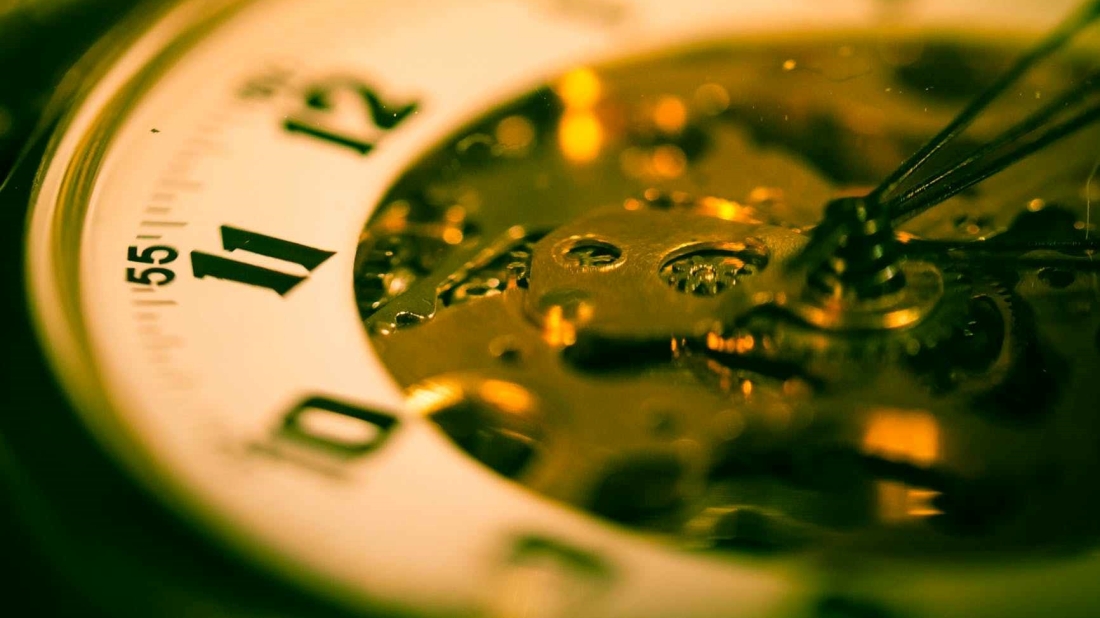 The Custodian of Time sat, open-legged on the heavily brocaded settle, smoothing the creases from his satin pyjama trousers and picking the loose threads from the cushion on which he rested his arm. His movements were leisurely, but his eyes skipped around the room and he spoke as if time was of the very essence, which, of course, for its Custodian, it was.
“I suppose he wants more does he; they all do?” The words jettisoned from his mouth without warning or prevarication, in a way that would have caused his attendant to leap from his skin – if only he had some.
The acolyte was, in fact, a small ectoplasmic fog, slightly purple in colour – lilac possibly – and nervous to the point of dissipation. It was his/her’s (we’ll assume her for ease) very first day on duty and her first time alone in the presence of the Custodian. She had been told, “Pass on the request. Wait for the reply. Leave.” Simple. She hadn’t been led to expect a question. She hoped it was rhetorical.
“Well?” said the Custodian. Obviously it was not.
The attendant’s stress-level passed critical. She was aware that she was starting to precipitate. She coughed nervously (as only a lilac ectoplasmic cloud can). “Erm… that is… well… I think so. Actually no, not really. No. It’s more of an assurance he’s after I think, not more time, just an assurance that he won’t get less.”
“Less than what?”
“Well, less than he expects, I think.”
The Custodian picked at his teeth with the corner of the written request (parts 2 and 3). His eyes betrayed no clue to the activity that whirred behind them. Eventually, with a sigh, he removed the paper from his mouth, flicked an errant sesame seed from it, before smoothing it out across his lap.
“He understands, does he, that what I give to one I must take from another?”
“I don’t know,” said the blob, emboldened by the hesitation he detected in the Custodian. “I don’t think that he wants more anyway. He just, as I understand it, would like an assurance. He was led to believe, from birth, that he could expect to live to one hundred years of age, and he just wants to be assured that that is what he will get. He doesn’t smoke, he’s a moderate drinker, fit and well. He just wants some certainty.”
“Has he told you what he plans to do with this certainty?”
“I’m sorry, I…” The gossamer orb was in full-fluster once again.
“When he knows that after Wednesday he no longer has anything to lose…”
“Wednesday?”
“Wednesday? Did I say ‘Wednesday’? Just a slip of the tongue – probably. Not at all the kind of assurance he was looking for, huh? Tell him ‘Carpe Diem’ baby; tell him ‘Seize the day’. Tell him only one person knows what time has in store for him and, for every good reason, he is keeping that knowledge to himself.”
“But, what if he wants to do good things?”
“Then nobody’s stopping him,” said the Custodian and, with a wave of his podgy little fingers, he dismissed the cloud, which hesitantly turned (I think) to go.
“Come on,” barked the Custodian impatiently. “Tempus Fugit, baby. Get a move on. Time waits for no amorphous entity.” And with an audible ‘Pop!’ the attendant disappeared.
“Wednesday,” chuckled the Custodian. “Wednesday. I’m such a wag… Now, where’s the cloud with my supper?”

A Little Fiction – You’ve Got A Geriatric Friend In Me

A Little Fiction – The Later Cases of Sherlock Holmes: The Mystifying Instance of the Absent Footwear.

View all posts by colinmcqueen

6 thoughts on “A Little Fiction – The Custodian of Time”